Buekor Nyornebari Grace, a first-class graduate of Applied and Environmental Biology (Microbiology Option) at the Rivers State University of Science and Technology, UST has cried out to the Governor of the state, Nyesom Wike to come to her aid in securing employment at the University.

The 2016 first-class graduate who is also an indigene of the state graduated with a CGPA of 4.95 and is supposed to work as an assistant lecturer based on her status as first-class graduates before her were usually retained but Grace’s case seems to be peculiar as she is not been that lucky.

According to Jonathan Oyim, a colleague of her at UST, she has been knocking on doors of opportunities but these are not opening since their convocation on 1st April 2017.

Below is her transcript: 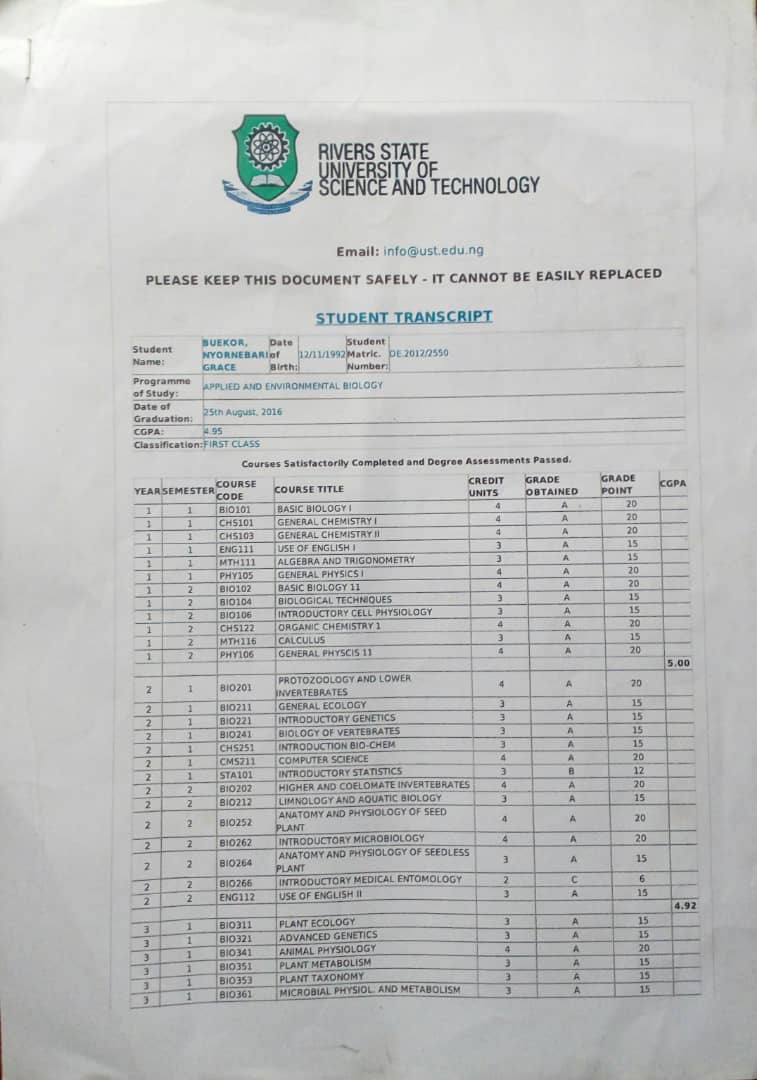 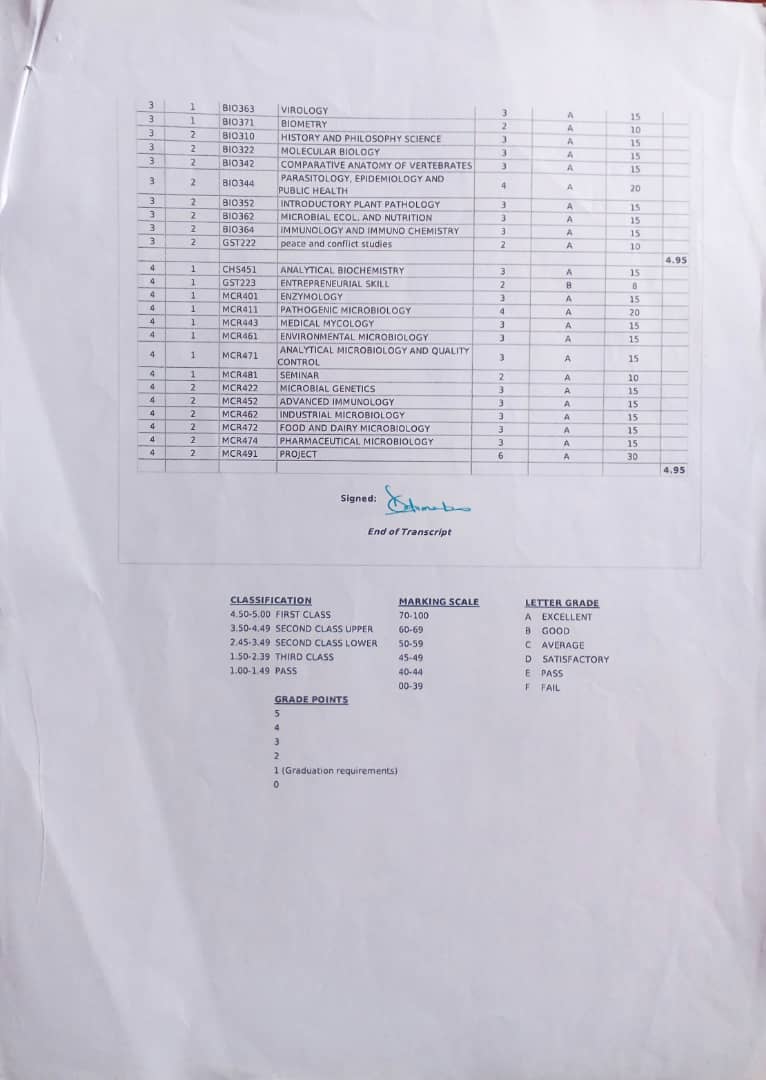 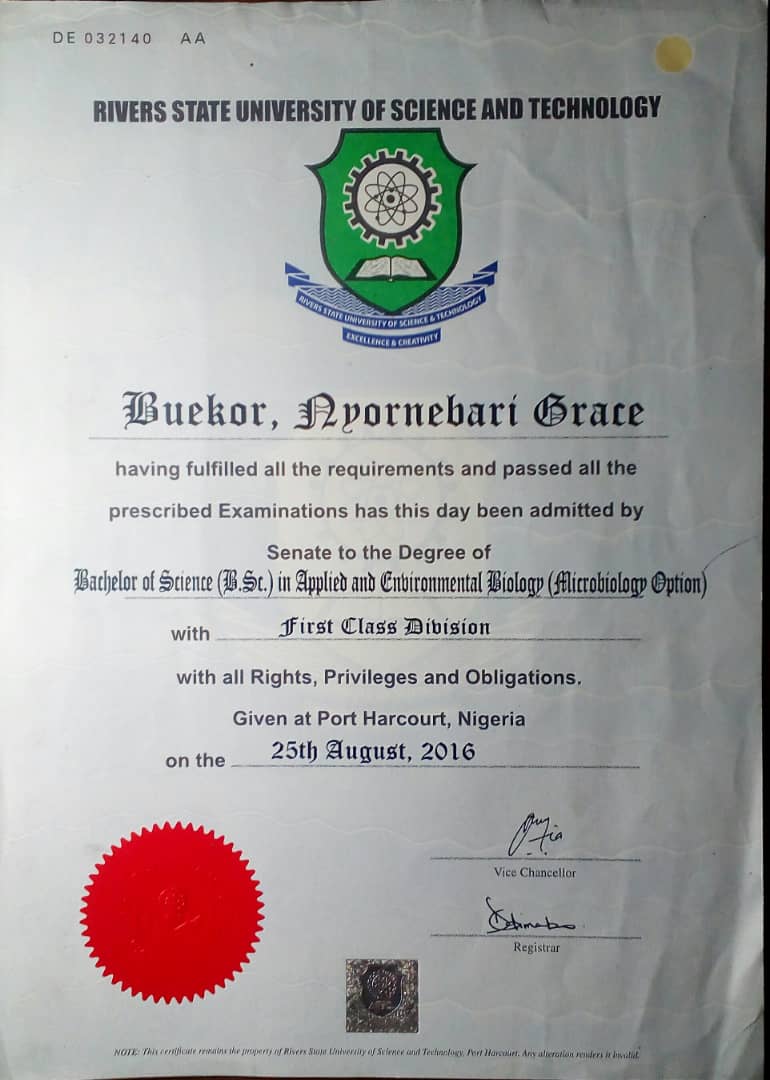 “That convocation produced 5 first-class students in the full school of which 3 are non-Rivers indigenes while only 2 are Rivers and she was the best graduating student for the year” he continued.

“During service, she started making moves on how the process of retaining will be but she was told to hold on due to the embargo that was on and she should pray that the governor uplifts it so the process can commence” Jonathan concluded.

It would be recalled that Buekor Nyornebari Grace was among the 7 students awarded in 2014 with a laptop for their academic excellence after her Cumulative Grade Point Average (CGPA) at 100-Level was 5.00 in 100 level scoring As all through.

Currently, Grace is teaching in a primary school and earning ₦18000.